Over the last few months I’ve been trying to rediscover why I love music. Recently I began to feel as if I listened to singles/albums in a perfunctory way instead of simply enjoying them. I heard songs, but I didn’t really process them. They went in one ear and out the other. My desire to write dwindled as the distinct lack of recent posts shows.

Creating an end-of-the-year list is always a bit tricky. I’m not a huge fan of titles like “best of” simply because listening to music is such a subjective experience. Ultimately this list is exactly what it’s titled: my favorite songs of 2017.

A teacher once told me she thought the mark of a great novel was whether the reader returned to it again and again, discovering something new in the process. Here are ten songs (in alphabetical order by last name) I’ve revisited again and again. (I included audio if I could find it.) Hopefully you’ll enjoy these songs as well. 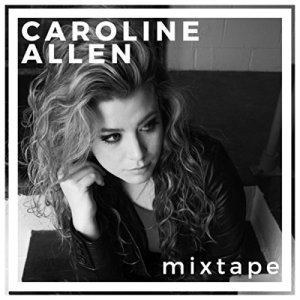 Regret rarely sounds this sublime, but North Carolina native Allen’s delicate, emotive delivery elevates this already appealing closing number on her sophomore EP. Expressing anguish without ever sliding into self-pity is a tricky balancing act. Nonetheless Allen’s reflective narrator frankly acknowledges her own missteps while offering validation for an ex-partner’s hurt feelings. “Wish I’d have looked you in the eye/Said I loved you/More than being right,” she muses, belatedly recognizing how having too much pride takes a toll on a partnership.

Gifted singer-songwriter Arts garnered immediate acclaim and awards in her native Canada with her self-titled debut EP in 2016. I expect she’ll have to clear some additional space on her mantel in 2018 now that she’s released her full-length album Rebel Child, an impressive and expressive pop-country record. The heartbreaking “Run Out Of You” finds a woman stubbornly clinging to the physical remnants of a relationship, presenting an unflinching look at the inner turmoil that results when remembrances far outlast a failed love affair. The narrator is well aware that time is finite (“I know when it’s gone, it’s gone”), but determined to ward off an uncertain future for as long as she can.

The Nashville/Los Angeles-based, golden-voiced trio consisting of Dani Rose, Devon Jane, and Katie Stump released some killer singles in 2017. Among them “Love Someone” stands out for its rich imagery and potent harmonies. The song’s primary sentiment (“You can’t love someone into loving you”) is one oft forgotten, yet painfully brought to the forefront when domestic bliss dissolves into indifference.

“Heartbeat” perfectly encapsulates why American Story is one of my favorite albums from 2017. Simply put, Hubbard is a wonderful songwriter.

Ohio-born Melton’s gritty vocals provide a dose of urgency to “Double Shot”, a song that’s part plea, part prayer. As the narrator seeks salvation in the face of addiction, he movingly grapples with his own shortcomings (“Lord help me turn old habits into brand new memories”). Melton, the real-life son of a preacher, is effectively poignant when he asks for “a double shot of Jesus to wash away the whiskey,” ably conveying the narrator’s desperation to break free from the demons entrapping him.

The majority of the compositions on Reid’s bold album Free clock in at under three minutes; in fact, the stinging “Singing While Right” is the shortest of all, ending just before it hits the one and a half minute mark. However, listeners shouldn’t confuse brevity with lack of having something to say. The subject matter covered in Reid’s songs ranges from the mistreatment of the working class to marital strife. “Singing While Right” sharply addresses hateful remarks, offering a rebuke to detractors via an insanely catchy hook. It’s a track that only further whets the audience’s appetite for Reid’s biting, concise social and emotional commentary.

Earlier this year, in a recommendation for Cierra Louise’s Southern State of Mind, I noted her penchant for utilizing impactful imagery to create memorable songs. She and Sean Trainor, now officially a duo known as Southern Call, continue that tradition on their debut acoustic EP. These two are first class storytellers who don’t bend to trends, and my respect for them grows with each new release.

With a new EP due in 2018, Steele’s definitely an artist I’ll be looking out for in the upcoming year. Listeners shouldn’t be surprised to find themselves singing along with this infectious yet thoughtful single, a lively showcase of the South Dakota native’s written and vocal talents.

Frustration, aspiration, and determination converge in this track off the Virginia native’s self-titled sophomore EP. While the lyrics specifically offer a plainspoken chronicle of Stimpson’s experiences in Music City, listeners may glimpse pieces of their own life journeys in this song. After all, the common thread of encountering roadblocks and pitfalls while pursuing a dream is relatable to many people. Notably, Stimpson’s conversational tone makes the audience feel as if it’s being let in on a private confidence. The tentatively triumphant tone in the bridge, when the narrator realizes he might be on the verge of an artistic breakthrough, might cause smiles even among the most jaded.

It’s probably not a coincidence that “Spotlight Moon”, an ode to new love, is situated firmly in the middle of Woods’ Starting Gate EP. The lilting number aptly captures the wonder associated with the beginning of a new relationship, providing the record with a gently pulsating heartbeat.